By means of Supreme Decree No. 11, published in the Official Gazette on March 20, 2019, the Ministry of Public Works awarded the Sacyr-Agunsa Consortium the Concession Contract for the execution, repair, conservation and exploitation of the public fiscal works called “Chacalluta Airport of Arica”.

On April 26, 2019 it was established the Sociedad Concesionaria Aeropuerto de Arica S.A. The purpose of this company is the construction, conservation and exploitation of the public works indicated, through the Concession System, performing the provision and exploitattion of the aeronautical and non-aeronautical services associated with it, and the use and enjoyment of the national use goods. public or fiscal, destined to develop the work delivered in concession and the areas and services that are agreed.

The companies that constitute the Sociedad Concesionaria Aeropuerto de Arica S.A. they participate in it according to the following percentages:

Region of Arica and Parinacota.. 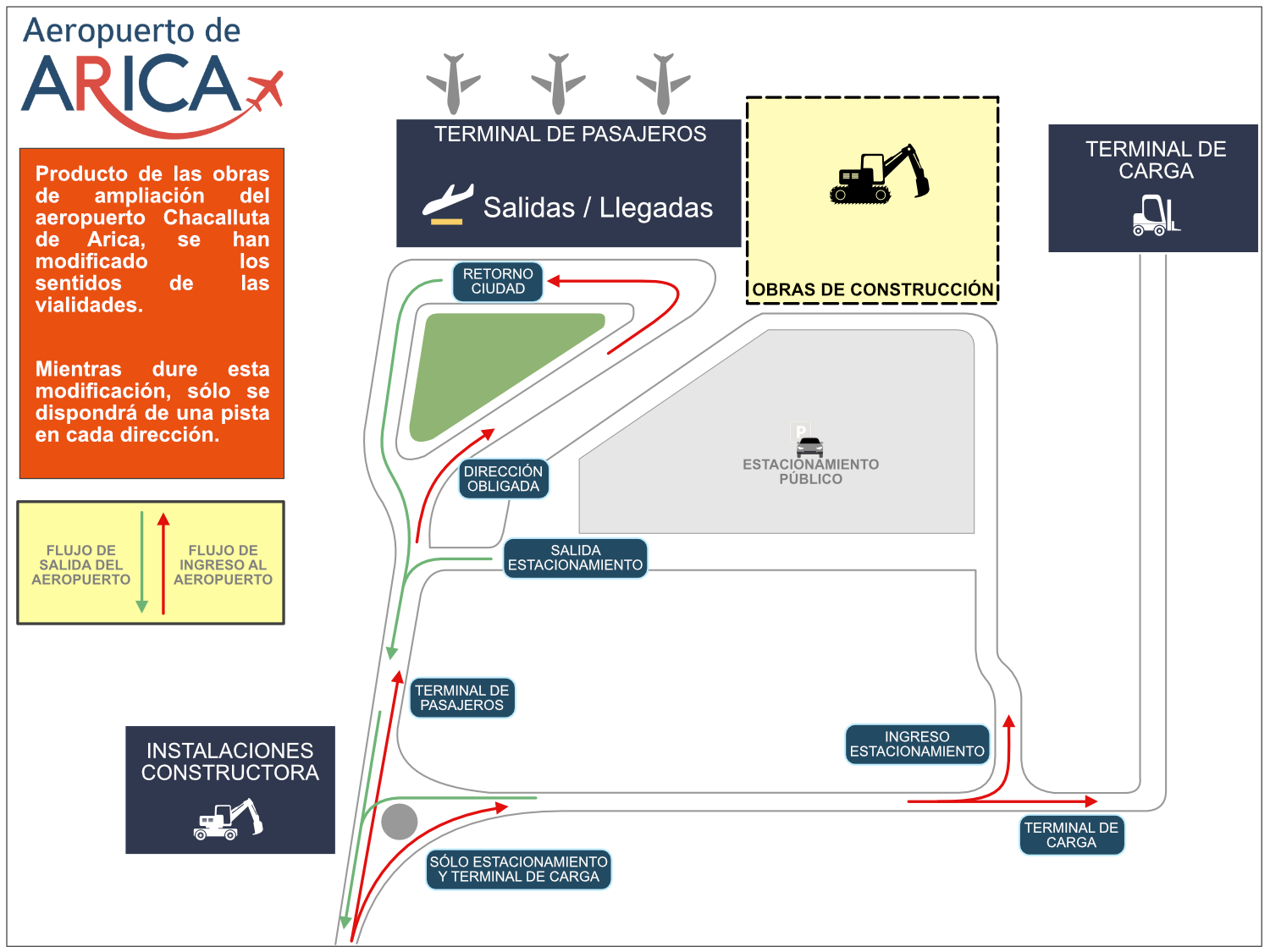