The Chacalluta Airport of Arica, whose ICAO code is SCAR, is located 18.5 km northwest of the city of Arica and west of route 5 North, in the Arica and Parinacota Region.

It was one of the main public works carried out under the second government of Carlos Ibáñez del Campo. The progress in the aeronautical machinery and techniques, added to Arica’s urgent need for communication with the capital, prompted the construction of this airport. Work began in 1955, building a temporary taxiway and runway, while the final was built, with an investment of $ 22,500,000 at the time. The airport was inaugurated on September 27, 1956, by President Ibáñez. In the 1960s, after the creation of the Airports Directorate of the Ministry of Public Works, improvements were made to its runways and, in the 1970s, a complete remodeling of the facilities was carried out.

It currently has a landing strip of 2,170 meters long and 45 meters wide, built on asphalt pavement. Its Terminal building has a total built surface area of ​​4,125 m2, distributed on two levels, with 2 boarding bridges and 2 conveyor belts for the arrived luggage. The availability of parking is 317 vehicles and includes 5 locations for passengers with reduced mobility.

Region of Arica and Parinacota. 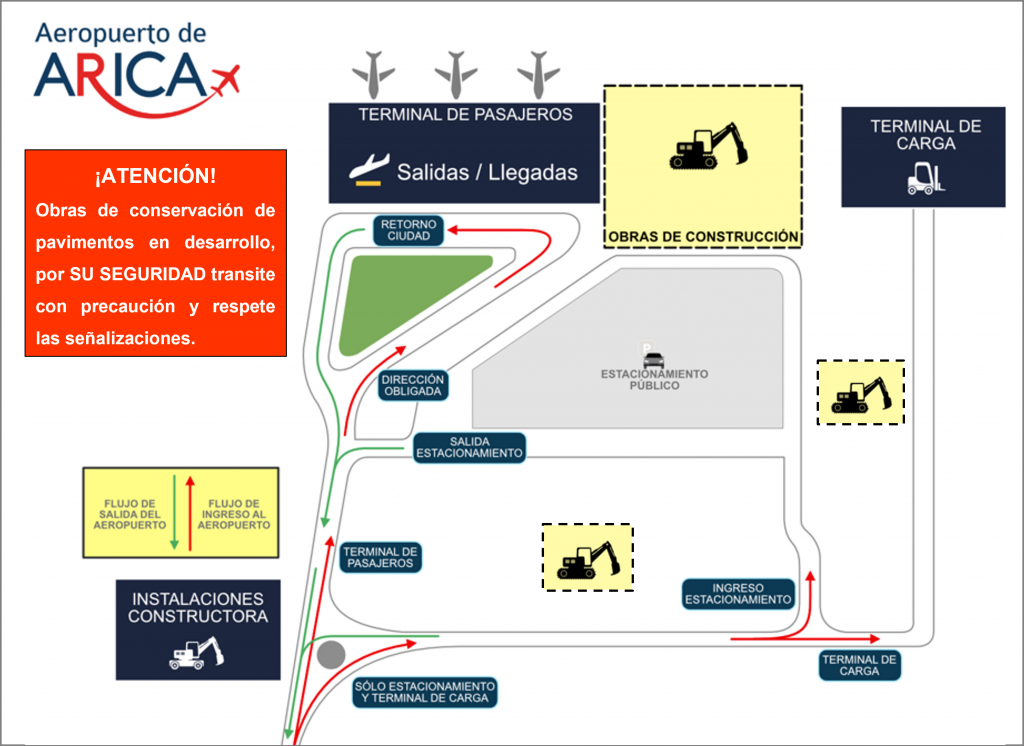